Its been a while since my last pre christmas post but I have been enjoying this awesome new social network. It's the hottest thing since facebook, twitter and all that nonsense. It's called "actually spending time with friends and family". Not a catchy title but i reckon it may catch on. Im working on an app as we speak.

Father Christmas brought me just what I wanted, a heated propagation thing for the windowsill. Im planning on Juniper cuttings and vegetables a plenty this year...along with the rest of the plans which are afoot. 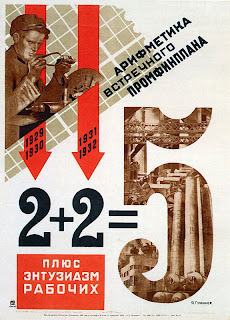 Although I often seem as though I wander through life without much of a direction, I do have a general five year plan in mind and so far, moving into year four, I am doing ok, except for the lottery win and the holiday home in the south of france. So far building up the Saruyama Empire has been the focus, finding a base, some stock and clients who share the same way of working and vision.

This year will see a little more creation and a little less travelling...hopefully. There will be a few major exhibition based events this year including the upcoming Noelanders Trophy. Mr Snart and myself will be combining forces to pull off another successful trip to what is now pretty much the premier event in the western bonsai calendar...at least until October, when the Artisans Cup will be held in Portland.

Ryan is a man with a very clear vision of where he wants to be and his five year planning is a great deal more ambitious than mine. We do have a number of similar ideas and visions which are playing themselves out in their own ways. One of the main ideas is that for all the artistic posturing that we do as a bonsai community, claiming that we are artists and what we do is valid and has meaning; not much is done to actually engage the art community or to show bonsai to the public at large in a similar way to which more conventional art forms are shown. Until bonsai is exhibited in the same way as other art forms are in the west and appreciated by an audience of non bonsai enthusiasts who really should be the arbiters of validity, can we really claim to be artists? Does it even matter? Should we just fiddle with our trees in the garden and not worry ourselves too much?

Preparations begin in earnest for Noelanders on Sunday, trees prepped, mossed and tarted up, tables polished and the bags packed. This year will see new ground in the sense that I will not be embarrassing myself with any alcohol based hilarity, and there will be not one but three professional visitors from the US who are not demonstrators. Kudos for the show indeed.