All set up and waiting for the judging...

So the first half of the kokufu is all but set up now. For the first time other than at every 10th show, it is a split into two with four days each time and new trees in the second half. With a total of 340 trees over the two parts, I was worried the quality would be diluted but on the showing so far, if anything it has improved because some more unusual trees and displays have been allowed in. So expect some funky stuff.

Apologies for the poor lighting. They are not running the full lights yet. Apparently we don't need them yet. Also these photos were taken on my trust ipad so they look pants. Here are some that took my eye.

This tree is for me, what bonsai is all about. A prunus I have a long relationship with and I look forward to seeing it wvery time I come to Japan. This is pure bonsai at it's finest. If i could only have one tree ever. It would be this. It has rightly just been awarded a prize...I am so happy for Mr. Toda. A gentleman of a customer who well deserves it. 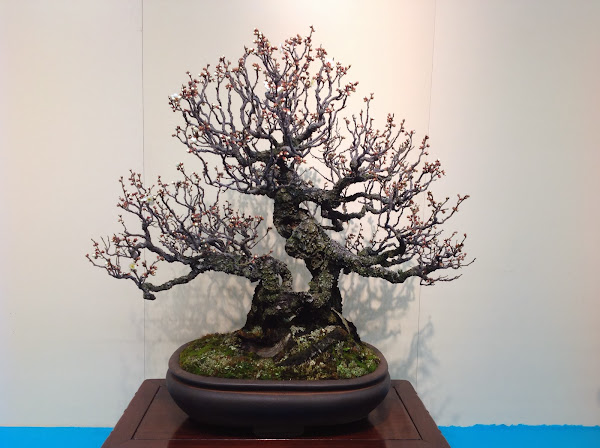 Moving on...here is Reg at work. He has plenty of clients trees in the show as you would expect. 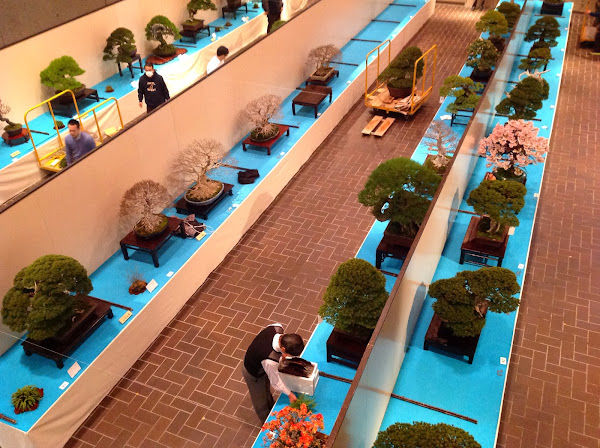 My favourite from him is this, a famous tree called Amayadori. It is a wonderful white pine that has over the years gotten larger. This illustrates exactly the point I was making about the changing style in Japanese Bonsai. Less wire, more mature branching and a natural feel. 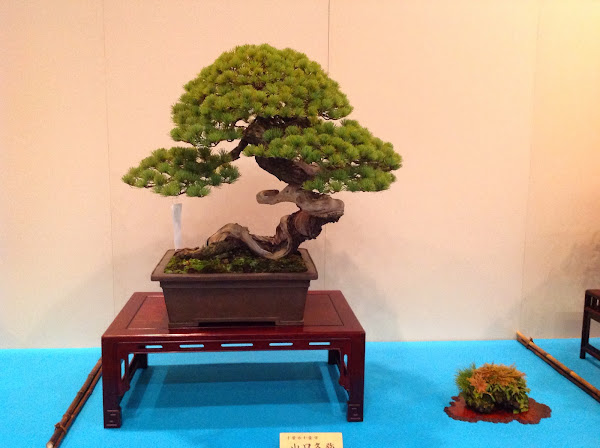 It is so natural that it even has some older needles left on deliberately. It is not over worked and plastic. 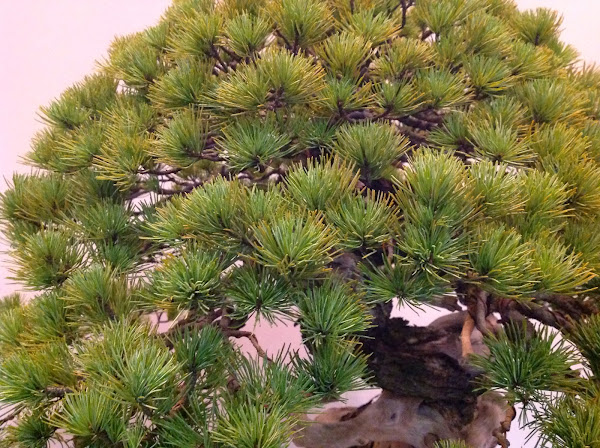 Time to get over the OCD cleanliness and look to represent the tree as it should look people. If Mr. kimura does it, it must be correct right?

Another one of his trees, and one of Ryan's favourites is this big ass Red Pine. I wonder how they got it in the pot? 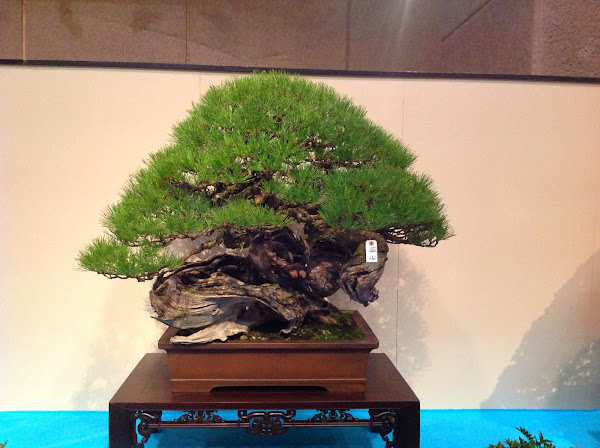 Other highlights included this Japanese Hawthorn. I have never seen anything like it. Boom! 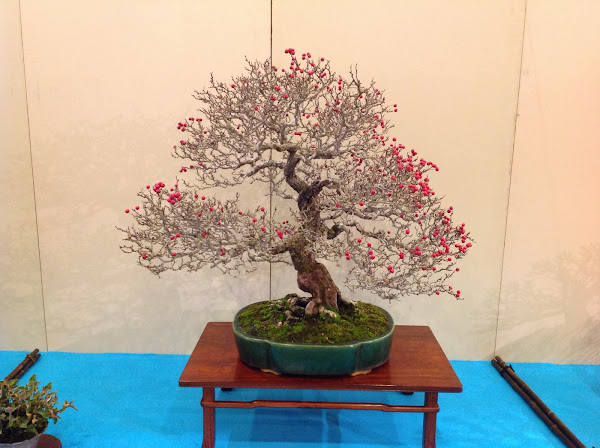 A powerful semi cascade Black Pine with lichen to die for... 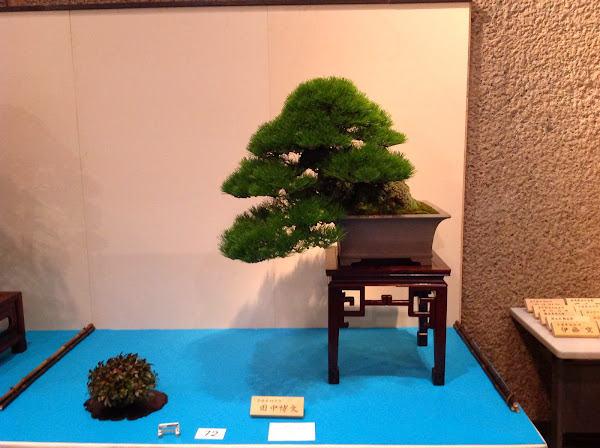 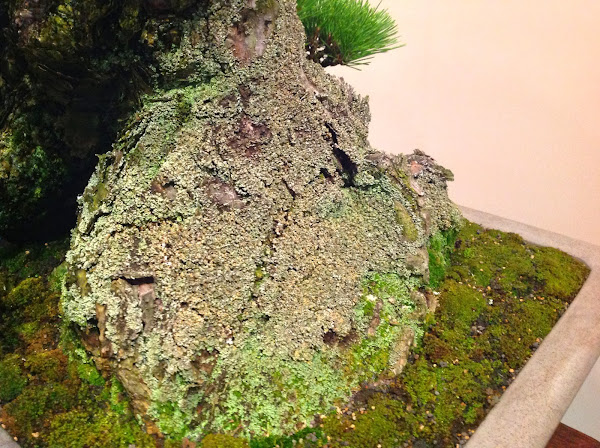 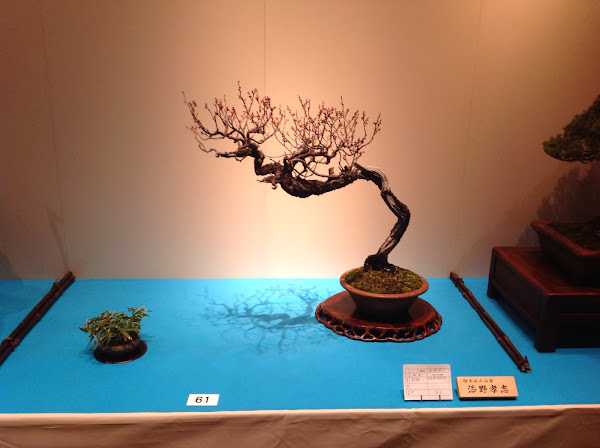 A parent tree who is prim and proper and a wild, unruly child who must be taken in hand... 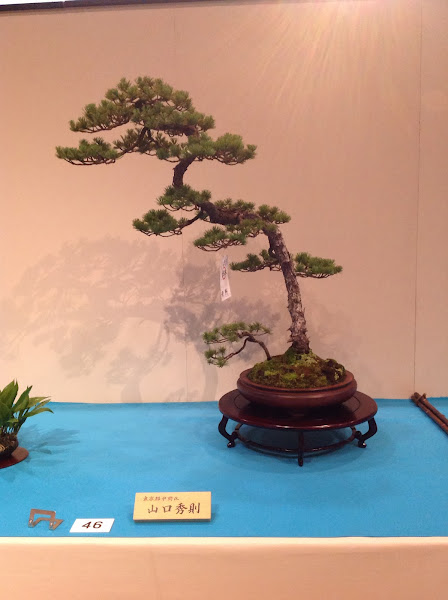 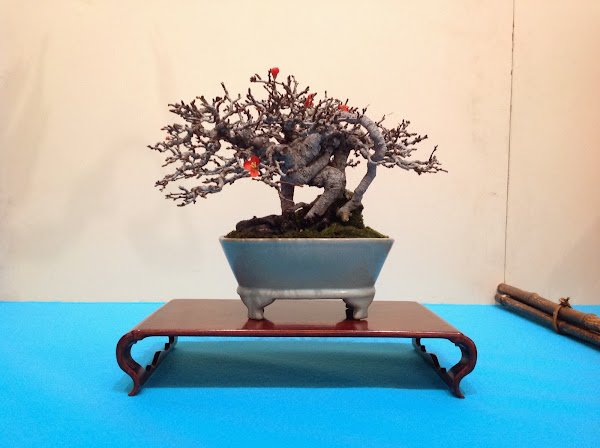 Followed by the best white chojubai I have ever seen. 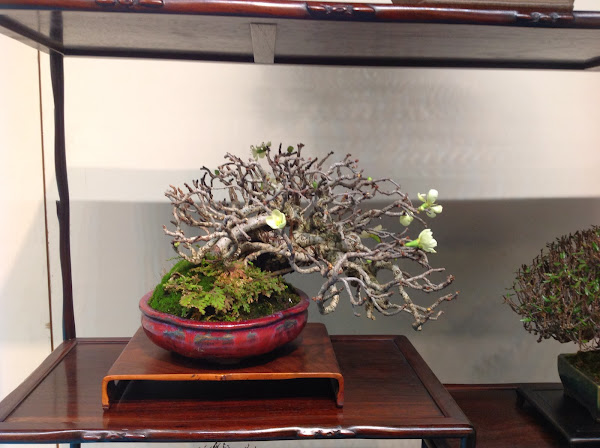 An interesting display for a chuhin. There are plenty of them... 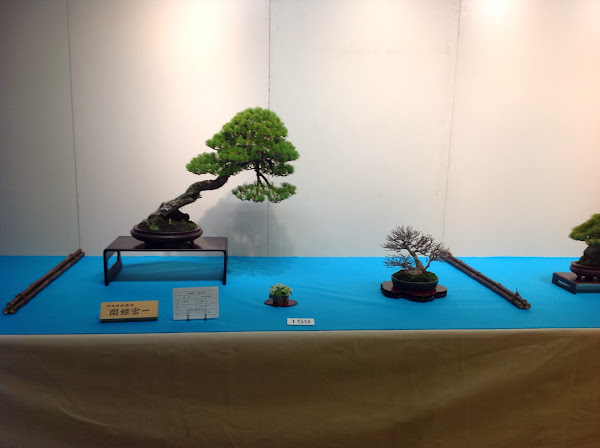 Anyway. Got to work now. It has been a thoroughly stressful day so far...but we got the prize. 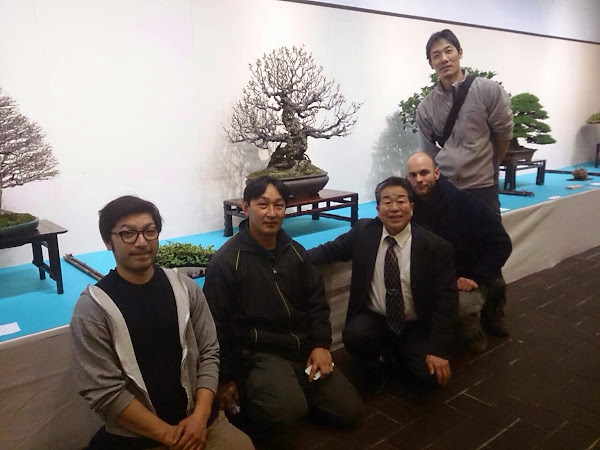 The chief rides his pony again...