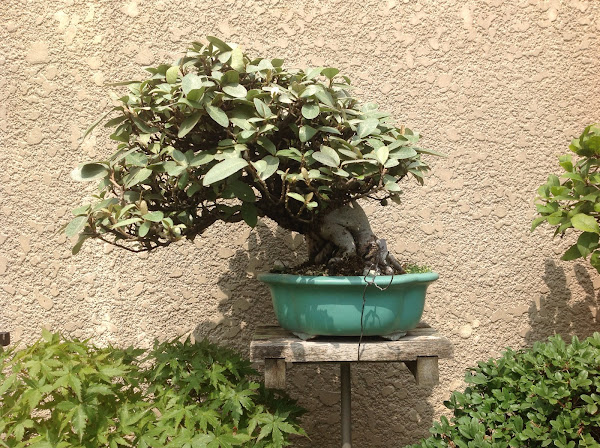 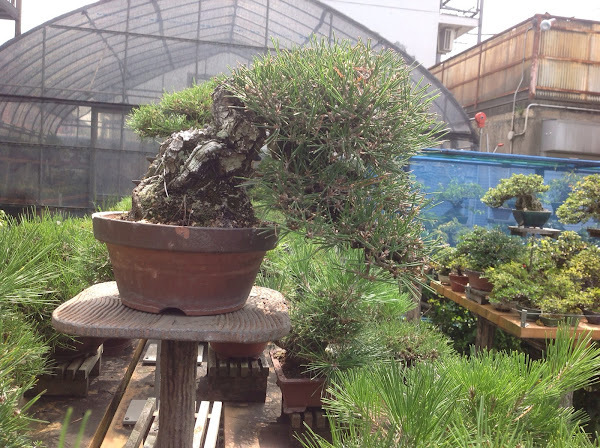 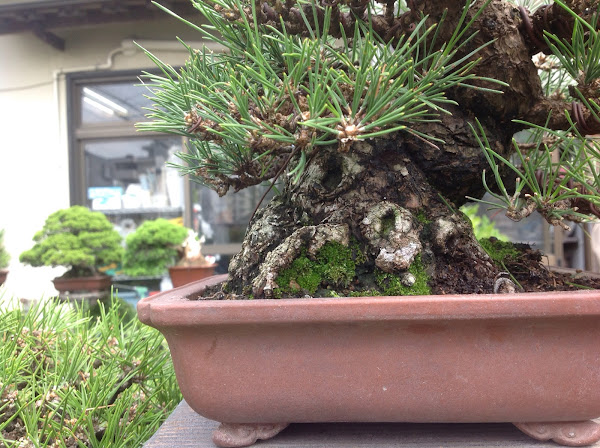 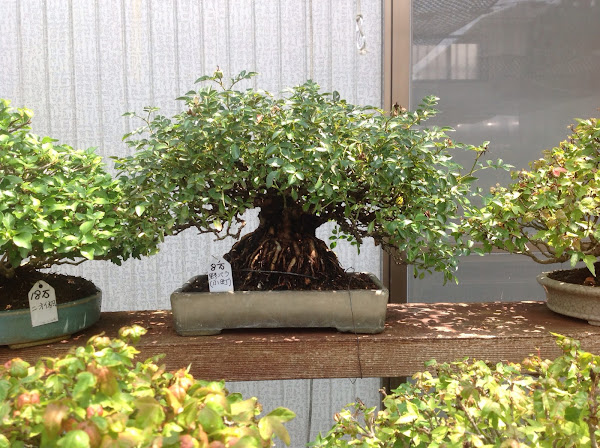 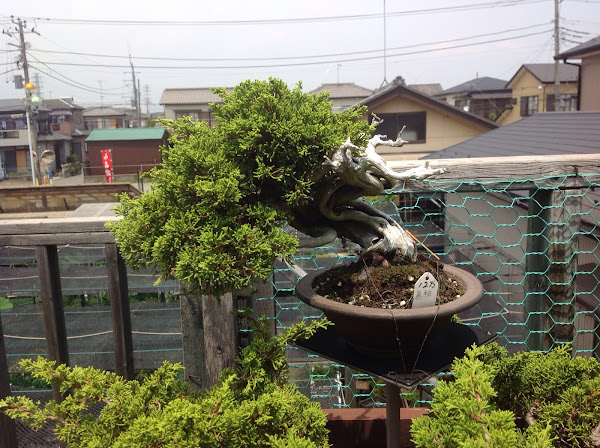 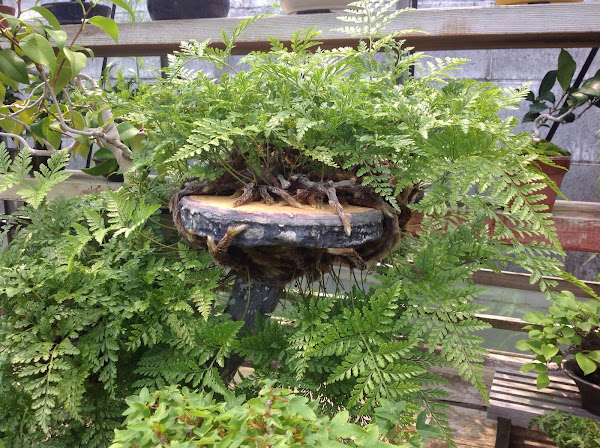 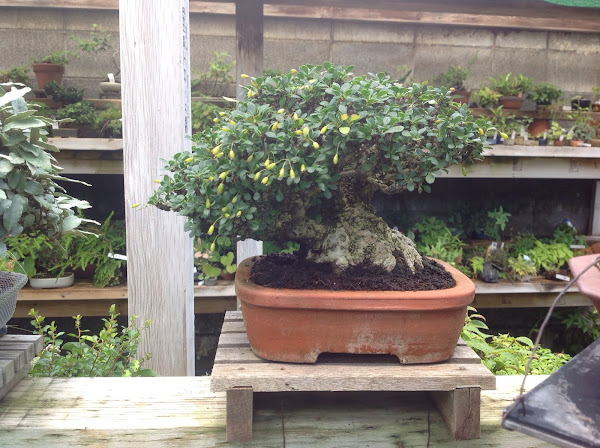 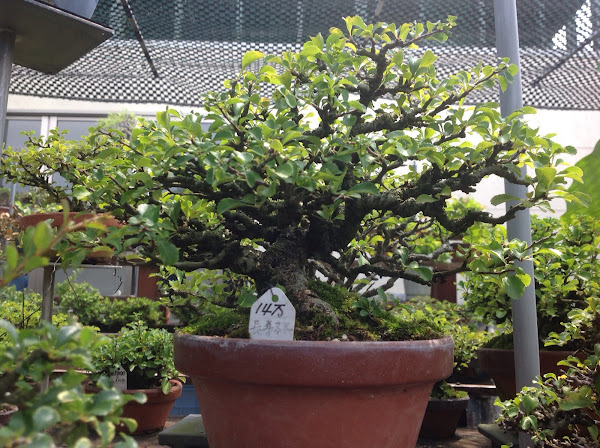 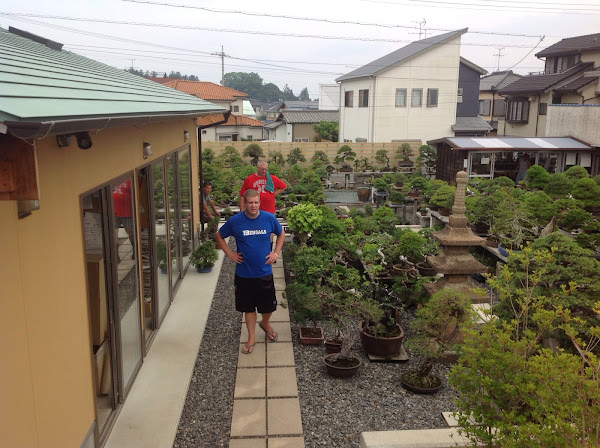 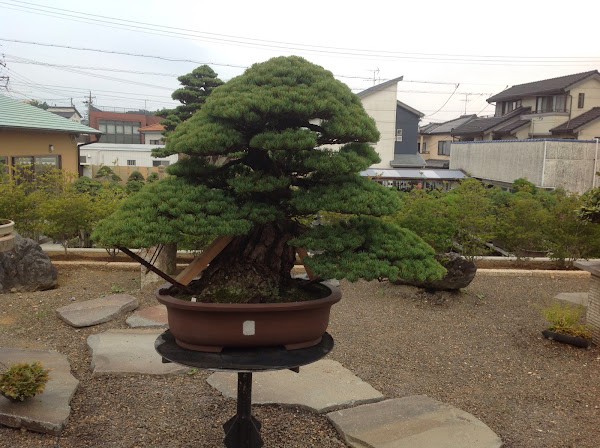 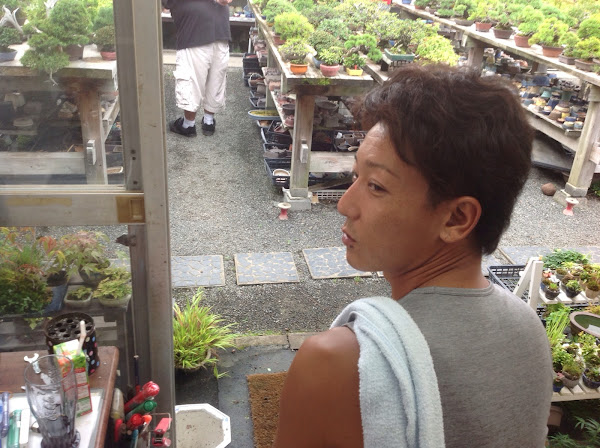 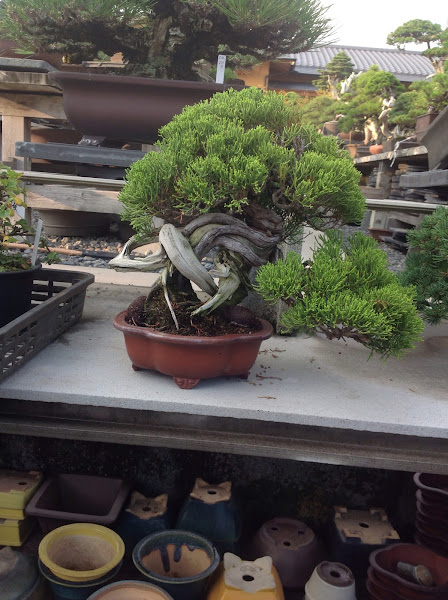 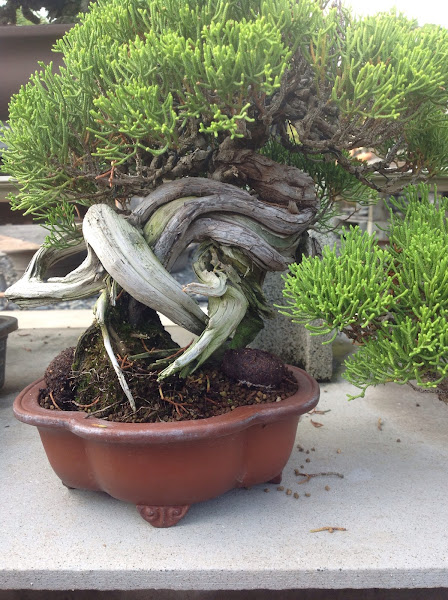 Back to the (other) mother land.

Many moons ago, I promised an American friend of mine that one day I would show him and some of his friends around in Japan one day. It was one of those probably drunken conversations that you have, agreeing to all sorts of everything if you are in the right mood. This is yet another reason I am pretty much stone cold sober now. As he recently got married and is expecting his first child, it came to pass that it was now or never and so wheels were put in motion. A date was set and rather unfortunately that date is now...why unfortunately? The best time to be in Japan is anytime but now...the heat but more importantly, the oppressive humidity saps my energy like an infestation of spider mite on a juniper. I hated the summers, hot, sticky and no respite except for air conditioning which I loathe. Still, a deal was a deal and I'm here now.

Thankfully it seems as though all the gods, old and new, have answered my prayers on both fronts. Obviously worrying about the benches at home, I prayed for the hot weather to break. Obviously worrying about being exhausted and uncomfortable in Japan, I prayed for the hot weather to break. My wishes have been answered and it is a reasonably pleasant 31 degrees, although humid, and not the high 30's that Japan had been experiencing very recently. I am living a charmed life. I hope that the shading I put up, the new pump and filter system I installed in a panic and my outstanding watering assistant all do their jobs and my run of luck continues. 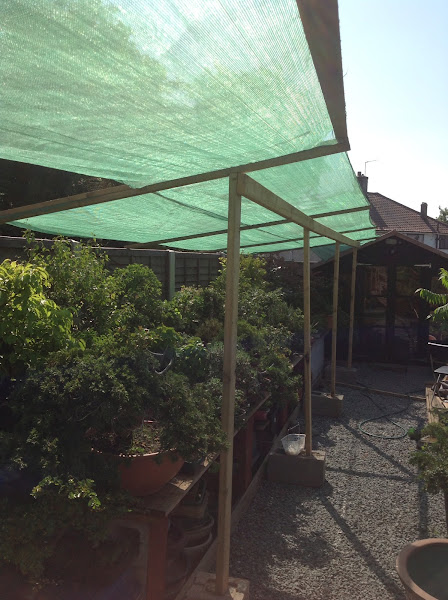 Being a tour guide is not something that has ever appealed to me in the past having seen all manner of tour groups come and go to Shunkaen in the past and hearing the stories of having to look after people, because generally I prefer trees to people, but for a small group of very dedicated enthusiasts, 4 in this case, who are my friends, I have made an exception...and despite my whinging above which I'm sure you are all aware of by now, is simply just a sign of coming from Yorkshire (where I might add, the spine of the Ashes team comes from, come on 5-0!), I am actually looking forward to it all. I will get to visit a lot of nurseries I have never been to, out of the way places and random little Shohin nurseries; I would say expect some pictures, but I don't want to build up any expectations which will be dashed.

I did make an apology recently for a lack of developments on the advanced workshop front, due to other commitments this has been put on the back burner a little, but the idea is still bubbling away. Like a fool I have agreed to help with the publication of a new bonsai book from a well known publisher. Last week saw three days of photo shoots in a cramped Saruyama Towers, where I did a variety of things with a variety of material. I hope the book will be a success despite the seeming move away from traditional learning media in bonsai. Admittedly this is perhaps due to the paucity of many published books on bonsai and the difficulty of transmitting the detailed information required for a topic where there are so many variables, cases and exceptions to the rule. As I explained to the publishers, it is not like knitting which is effectively the same the world over and in every situation, or like gardening where massive generalisations can be made. How much text would be needed to explain foliage management on Junipers and go through all the different cases and species and how to deal with them? As the Japanese were fond of saying, case by case. Still this is the cross I have allowed to be measure up for and so the latter part of the year will see me stressing over writing.

I am approaching the place where I spent what is now becoming half of my bonsai career, the sense of foreboding gets less and less each time as I get further away from that period in my life. Looking back now, I have almost as much experience out of Shunkaen as I did in it, and it wasn't until I left that I actually started to learn the majority of what little I know now. Removing the safety net and being ultimately accountable for my actions. I hope the Chief and the trees are well, the last time I was there there were a number of old trees from my era which had been moved on and a hell of a lot new trees. I will take some pictures of old friends and see if I can't make any new ones too.

Oh, and for those who may not have seen it. I made this. 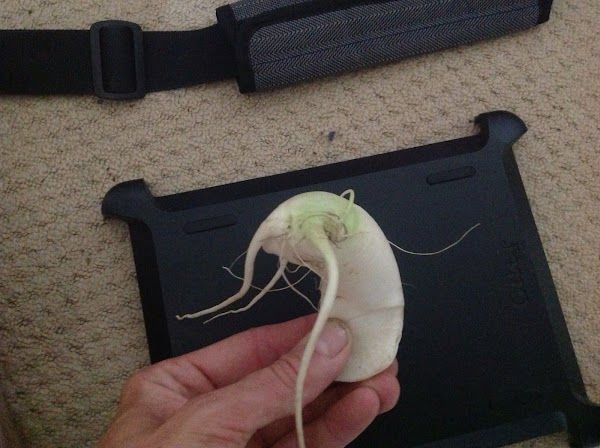 Can you tell what it is yet?

It seems that I have bitten off a little more than I can chew recently. A few too many projects and ideas which I am getting a little bogged down with and forgetting that I am supposed to be making trees for a living, not just buying them.

There has been a relatively good response from the proposed idea for advanced workshops, so expect an announcement sometime soon, seems split down the middle however between techniques or species specific. As things stand, the earliest things will begin will be early next year, possibly december.

Another new idea is an e-magazine...doubt that will fly though seeing as most people see the internet and online stuff as mainly free.

I had a delivery of new arrivals at Saruyama Towers, some more Spainsh trees, they seem to be hot right now. Some Taxus, more sabina and a few shohin olives. 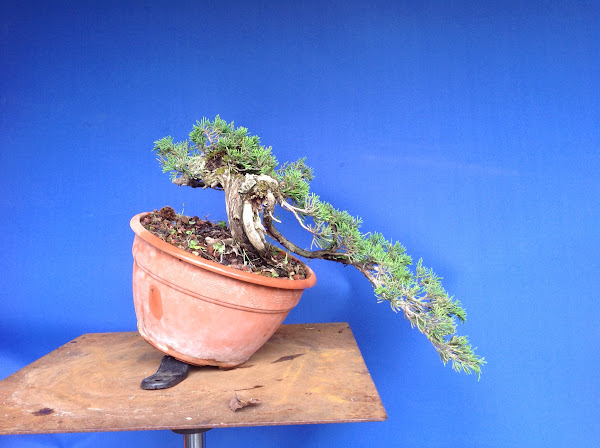 A potential mini-Asobi? Nothing like real one, but I'm digging that cascading branch. 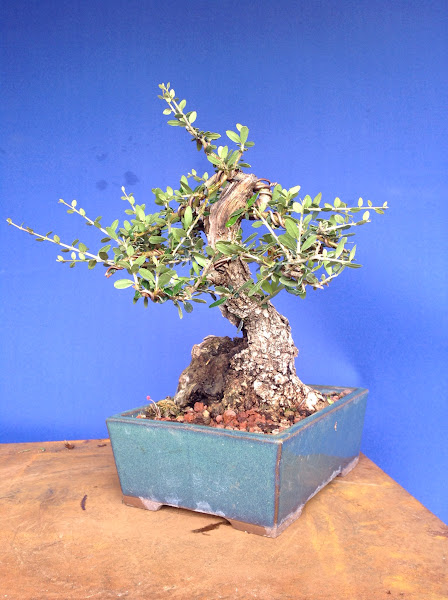 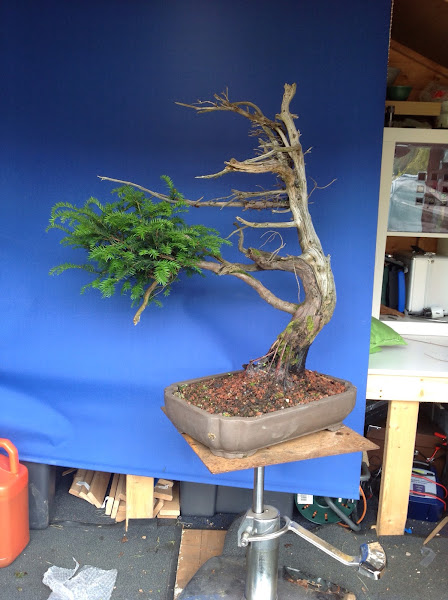 Oh yeah. Any takers? What was I thinking?

There are a lot more besides. One of these days I will get a webshop up and running, one of my plans for the summer which is fast falling by the wayside...

Last weekend saw miserable weather in the bleak Northumbrian wilds brightened by some sartorial elegance of the highest order. A certain proprietor's assistant modelling a wonderful hoodie which was necessary even at the end of June 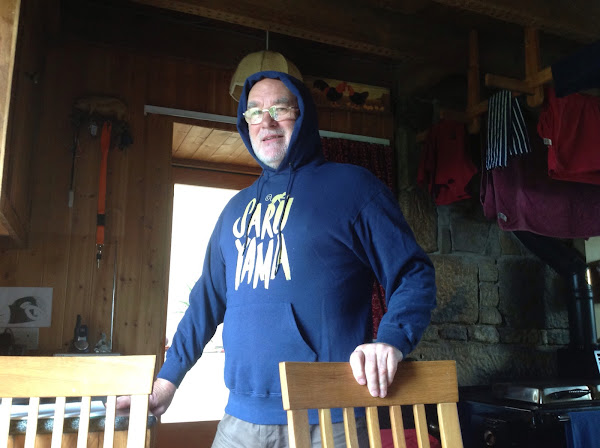 And on that bombshell, I am up early to build something I never thought necessary in the UK...shade cloth for the garden...oh and some extra benches for the new trees.....