A no nonsense post for once. No jokes. No messing. Just solid information. A break from the norm for once.

Assuming you are not liking me on faceache or following me on instaspam then this will be new. If you are appreciating my attempts to be social and media friendly then apologies for the repetition. The new presence of said social media sites is to attempt to make myself more visible because according to my PR people, that is what I should be doing.

After a few demos and workshops at Nature's Way Nursery near Harrisburg in PA, Akiyama and I have arrived for some work at a large collection nearby. At this time of year many trees have lots of lovely long shoots which are soft and tender. These are juicy and easy to eat for many sucking insects such as aphids. Symptoms of aphids can be the presence of little green insects known as aphids on the soft tender growth. They crap everwhere which makes things greasy and shiny. The growth may also be deformed and less vigorous, mainly because those little suckers are taking away valuable nutrients. Another tell tale sign is the presence of ants running around your trees. They farm the aphids, looking after them and offering protection, moving them to fresh pastures all for a small cut of their honeydew takings. In effect ants are insect pimps and the aphids be their bitches who better have their money. 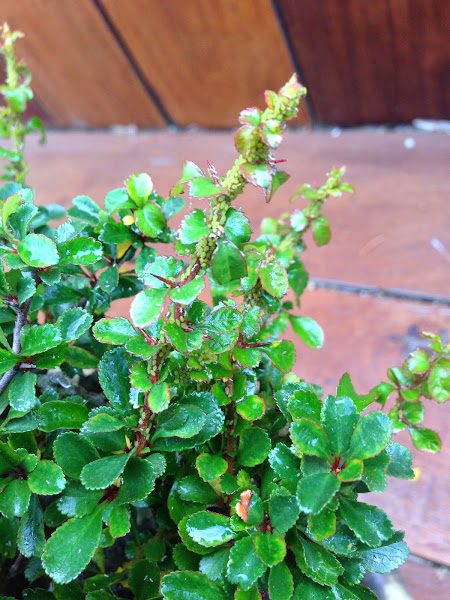 If you are faced with this problem and are either organically minded or know how easy it is to damage tender growth with incorrect use of pesticides or chemicals that are too strong, especially on chojubai who drop their leaves easily; then how, other than squishing them one by one, can they be removed? Easy.

Now you can see from the power of the water jet (for that is all it is people) that this will damage weaker varieties or possibly knock wired branches out of shape, so adjust the power accordingly. Blast those suckers off into hyperspace. If any ants turn up to protect their bitches, gun them down too like the weak ass pimps they are. Make sure you get the shoots from all angles, not just above. Check out the 360 degree death jet in the video.

It is incredibly effective. Physically removing all of them and washing their crap off the leaves at the same time. 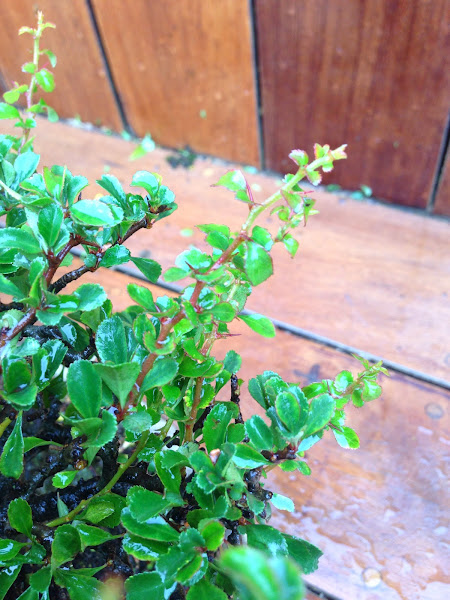 That said however there will always be one or two that escape the blast and manage to stay on there. They can reproduce very quickly and one female can have thousands upon thousands of babies, spreading like a plague across your trees. Get on top of it quickly. After the tree dries out completely, later that day when the sun starts to set, mix up some insecticidal soap and weak contact killer pesticide such as Pyrethrin and spray the new growth. One area to be especially careful of with trees from the rose family such as Chojubai which send out soft tender sucker gowth on the inside of trees is the soft tender sucker growth on the inside. Not only will these be covered in aphids but they will also take away energy from the growth on old branches, so make sure you check inside.