To Paris and beyond...

After half a day at home where I managed to spend a day and seemingly achieve nothing but a load of washing and picking up a new bed (my non bonsai reward for kokufu), it was an early start to catch the train to Paris. Im doing a workshop here for the first time, so there is a little bit of nerves beginning to creep in, but that is mainly due to my French ability. Although I studied it to A-Level, whenever I attempt to speak, it comes out in Japanese. Still we shall muddle through somehow.

I came early so I could spend half a day in Paris looking at stuff. Most people would go to museums and see works of art but I tend to start walking in one direction, then change if some back street looks interesting.It can lead to some interesting discoveries and also some back water scary high rise housing estates in Stockholm. This time it was a city I know relatively well and I walked and I walked. I think the most impressive thing I saw was this. 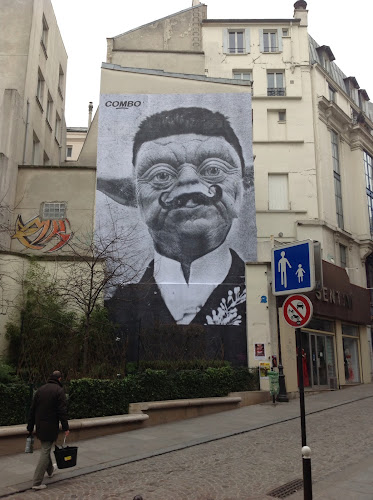 It was worth the trip just to see that. Pure genius.

I also saw an interesting pruning/planting arrangement in the gardens near the Louvre... 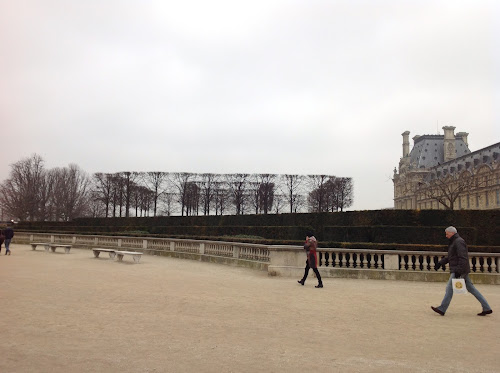 Plant trees in squares, then cut them into squares. The precision of the tops reminds me of the bottom of some foliage pads on Junipers that you see in exhibitions. Now I see where it comes from. Maybe I should make a group planting like that...and if anyone questions it, just whip out the picture and say " well, you see it in nature", because that is the stock answer when criticised. 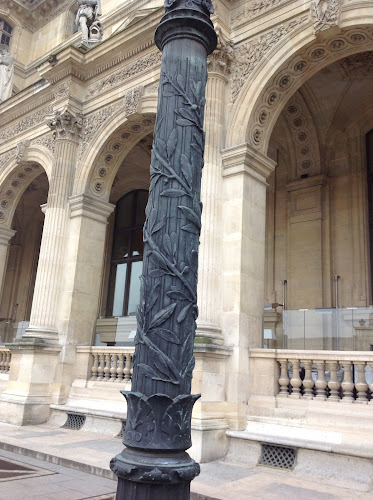 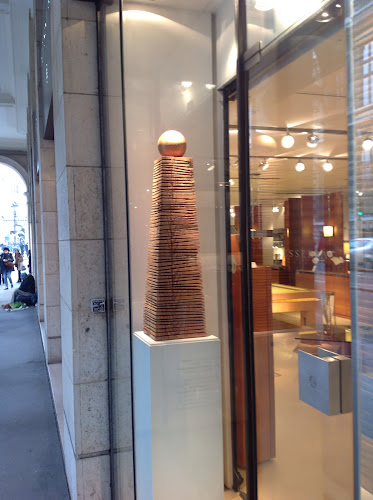 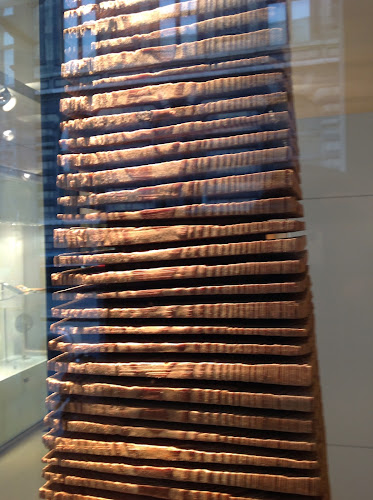 Loving the texture on the wood. Could almost imagine a tree cascading down from on top of it...or perhaps even half way down.

The Japanese mentality, for better and for worse, to do one thing only, but to do it with such intensity and focus that the everything else becomes out of focus, outside of the minute world in which you exist. To achieve full mastery of a practice, be it bonsai, kendo or carpentry; the practitioner must do that and that alone for a lifetime. I understand that this is absolutely necessary, I experienced the learning curve during my time in the dark place, but at the same time, I can see the potential damage that it can bring by failing to see the bigger societal picture. In the modern world, and this equally applies to Japan, it is essential to move with the times and to utilise modern practices, modern ways of communicating and new ideas. The Nippon Bonsai Association doesn't have a website or facebook presence to speak of and then it wonders why there are no young people getting involved. The first port of call for anyone searching for someone is now the internet.

The question I ask myself is, how much time should I devote solely to the pursuit of bonsai? Should I make room for other things such as a social life or is the path to true enlightenment one of dedication and sacrifice? It is not good to be a jack of all trades and master of none, but if I don't look to other fields, to other walks of life for inspiration and guidance, then what I do could very easily become irrelevant. We claim in the bonsai world that what we do is an art, and proudly call ourselves artists. Yet we do not exhibit in the same way as other artists, we do not ask an art appreciating audience to judge our works as pieces of art, so in the modern world, can we claim such a thing?

Looking back throughout history however, the literati painters/scholars who achieved the dizzy heights of true genius where those who rejected their contemporary worlds. They became hermits living in the mountains, getting drunk and just doing what they did, but doing it and doing it and doing it well until the actions just flow through you in a state of mindlessness. This for me is the path to achieving a zen like state. A word or a concept which has become so badly distorted from the reality of the situation because of the post war disneyfication of Japan and the modern buzzword phenomena. I didn't realise at the time, but one of the reasons I love Ronnie O'Sullivan so much is because he had moments of being in a zen like state, the effortless 147 break in next to no time being the pinnacle of it. For those of you who don't know anything about snooker, it's like pitching a no-hitter, only throwing strikes. For those of you who don't get either of those references, you have reached a state of blissful ignorance.

Getting back on track, striking the balance between external influences and becoming distracted by them is the challenge for myself and to a few others I'm sure.

I'm tired so I will sign off. Thanks for all the comments of late. I flicked a switch that allows anonymous comments, but if you don't put your name, I may think its my mum trying to boost my publicity.

Posted with Blogsy
Posted by Peter Warren at 22:11