Today saw me break new ground with a fantastic collaboration effort, combining the worlds of fashion and bonsai. It cam about as something of a surprise, but as accidental discoveries go, this may rank up there alongside penicillin. I was doing an initial piece of work on a Kinsai azalea that I picked up last year and did not get a chance to see the flowers...something which is bugging me still to this day...will it be covered in Lapa flowers or will I hit a rich vein of pure flowers? Either way, the tree has great potential as a bonsai image and it is one of mine that I am genuine excited about the future of. That sounds as though I'm not generally excited by the majority of my trees but this one was one of those finds that comes along every now and again, a diamond in the rough.

The work requires an initial operation of great severity and potential disaster, but hell, go big or go home. It would be unfair of me to go into too many details as it will be published in the future but todays initial work is setting the tree up for a progression photo series over the next three years at least. One of the biggest problems when comparing Bonsai Focus (or any European magazine) versus the behemoth that is Kinbon is that there is a lack of long term projects. This is in part due to the immediacy of modern bonsai but also a financial concern. Spending days and money on photo shoots for something that will not reach publication for a good number of years is difficult. The fast moving nature of modern life demands that pictures of a tree fresh of the mountain is styled, potted, facebooked and exhibited in a year or two. Who wants to spend a number of years waiting for their 15 minutes?

So, in keeping with that vein, this tree will get a premature showing, as part of the spring/summer Hague/South East London collection. 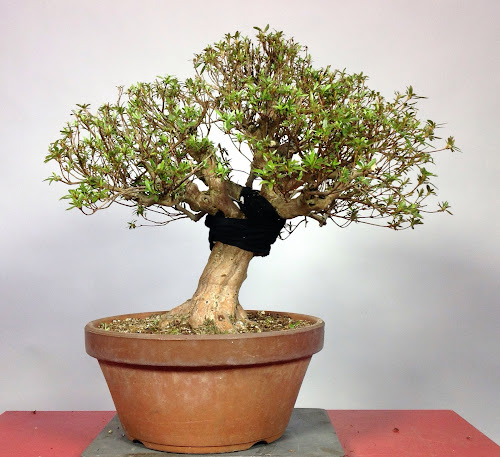 It is a dashing black choker backed by a wonderfully water absorbent kitchen towel packing, wrapped lovingly around the neck of this stout, yet elegant red flowering model. The reason for it? Answers on a postcard please.

Like I said, read the magazine for further details...not sure when it will come out, but I will keep you informed. For more satsuki malarky, the next issue sees a progression of great quality...from a small balding spot in early 2008 to a full on Eejit head in 2012. The satsuki does the opposite. Funny how life goes.

Further on from my bargain basement antics of the previous post, I dropped further down the food chain to work on this boxwood. I was, like 99% of people, put off by the initial bush (of which i did not take a picture) and the €25 price tag stuck in it. On further examination I discovered quite a nice trunk line and some definite possibilities. Turned out not too shabby... 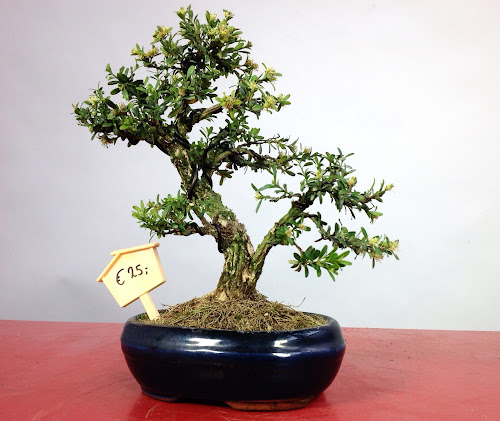 I'm not saying this is a masterpiece or the pinnacle of bonsai, but this kind of mass produced stuff can, with a little bit of effort turn into something ok, and for the beginner, and let me stress that, for the beginner, a lot of fun and more importantly knowledge and experience can be gained from trees like this. I brought it back with me...thought at that price, it would be rude not to.

I mentioned the word "mass produced" in my spiel on the video and I repeated it there, but his should not necessarily be a negative concept. Whilst working on the tree, my mind began to wander, as it is wont to do, and I thought about how even though it was just one of many and created by some Chinese worker in a field working hard for a bowl of rice a day, it had the potential for beauty if viewed in a certain way...probably with a wonky eye?

It brought to mind some of the stuff I read way back in the dark place, namely "The Unknown Craftsman" by Yanagi Soetsu and to a lesser extent (because of it's racist undertones), "The way of Tea" by Okakura Kazuko. Some words by Yanagi particularly sprung to mind, in reference to the influence of early Korean Ido style bowls on the raku ware bowls later created for the tea ceremony.

The implements of Tea had no unstressed individualism about them. In that respect they were utterly different from objects made today by artist-craftsmen in search of self expression, although there is a superficial likeness. They are different, too, from the things favoured by the later men of Tea, who had lost their freedom in search for formulas. 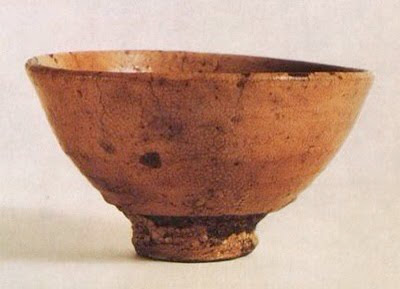 The Korean Ido bowls were appropriated by the Tea masters who saw a unique and deep beauty in an everyday, almost disposable item that was not even intended to be used as a tea bowl. Click here for more details about this funky ass tea cup. What was an everyday rice bowl produced by the thousands for Korean peasants, was, and still is a priceless work of art for Japanese Tea masters. That isn't to say that ever single peasant Korean rice bowl was appreciated in that way, just one in ten thousand or even one in a hundred thousand. Due to the mindless way in which they were created, true randomness was apparent. There was no attempt to make it thus.

In comparison, the "modern day" version seems a little contrived... 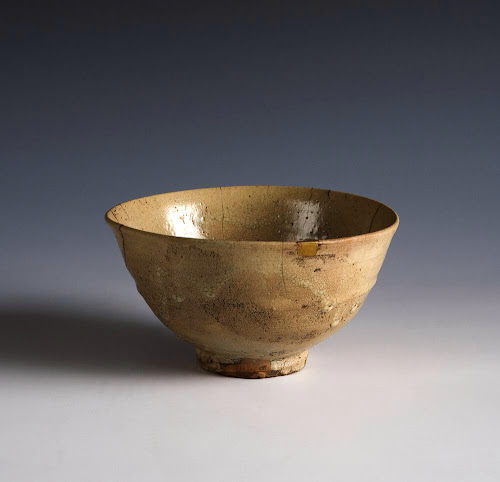 Here you can buy it, or at least read up on it....I would still have a brew or two from it though.

So the point I was trying to make is that history has shown us that even if one culture sees something as worthless and everyday, in the hands of another, there can be a whole level of deeper appreciation depending on how it is viewed.

This tree, which I couldnt find a better picture of...(thanks to Mark Cooper) 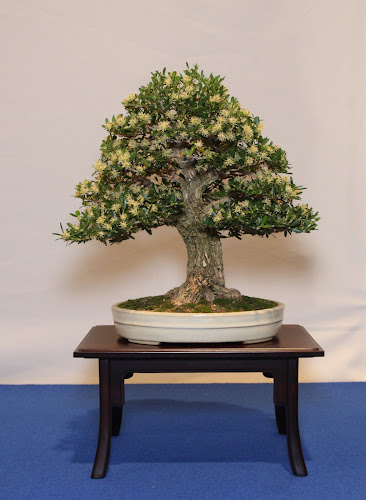 Was displayed at Noelanders 2012 and again at Alcobendas in November. It blew me away with the attention to detail and supremely well construction. (What was I saying about losing freedom in search of...), However many people did not appreciate it for the intrinsic beauty as a bonsai, regardless of the artistic questions. It was, and still is a pimp ass tree and I'm certain it had similarly humble beginnings as my little €25 beast, so perhaps next time, don't be so quick to pass over the bargain basement, you can learn a lot for less than a few ales.

Tomorrow sees me on the road again. After a nice cup of tea and a sit down like.

Oh and in case you were wondering what it is like to be in the spotlight... 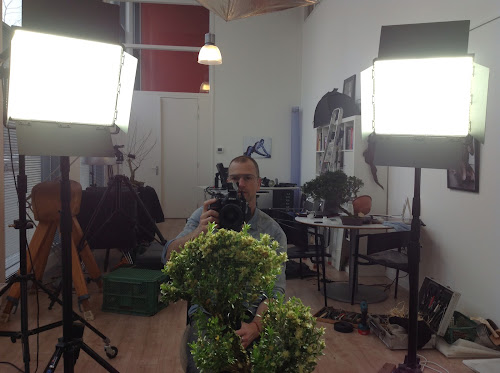 Seeing as Mr. Snart is not down with the kids and has no idea what "pimp ass" means...here is the fairly safe for work definition...and the not so safe...and this is from back in the day before I was born... 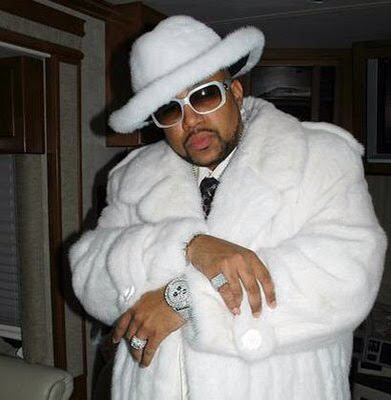 So there you go Mr. Snart.

Posted with Blogsy
Posted by Peter Warren at 10:41