What a difference a day makes...

After the snowy travails of the other day, the next day brought 12 degrees C and sunshine. Its enough to make you sick. Thankfully my cocktail of multi vitamins, royal jelly, airborne and ahem..healthy living means that so far, apart from being hungover, I have yet to be sick.

Although the snow stopped falling, it is yet to melt and the sales area is an obstacle course of piles of snow. Tomorrow, the clear up day it will be a pain. Various idea have been thought of to get rid of it, covering it in dirty soil, putting it down a manhole and Akiyama's idea of getting some syrup and making snow cones for us to eat. Some of the professionals spend time playing king of the castle with the snow. When i say some I mean one. Taiga. 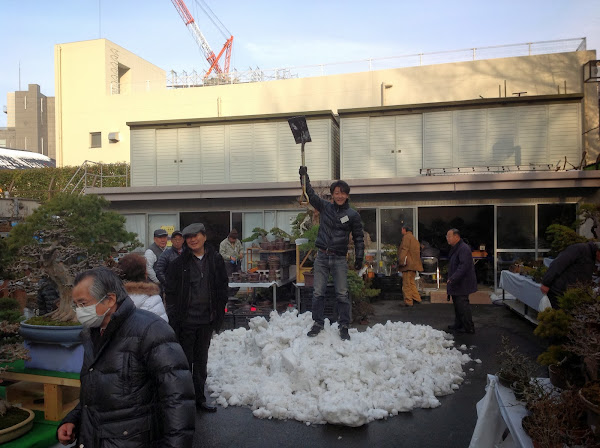 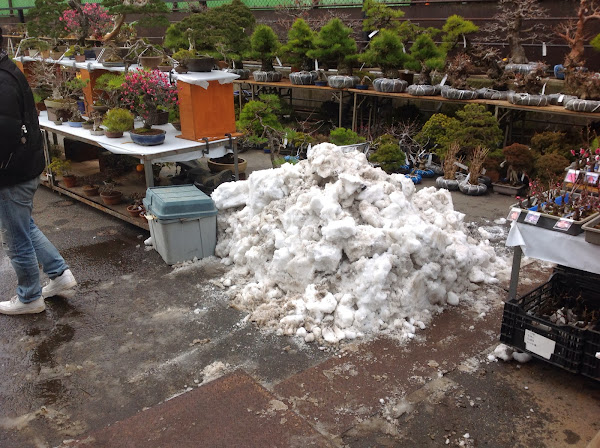 What can be done with the unwanted?

Sales have been up and down, but as with most years, Akiyama and I have done ok due to the fact we both put an awful lot of effort in and have been tought by the Chief how to do business. I found some bargains to buy around the stalls under neath benches and with a branch or two removed, they turn into desirable trees. It is not massively profitable, but it pays the 50,000 for my one table. 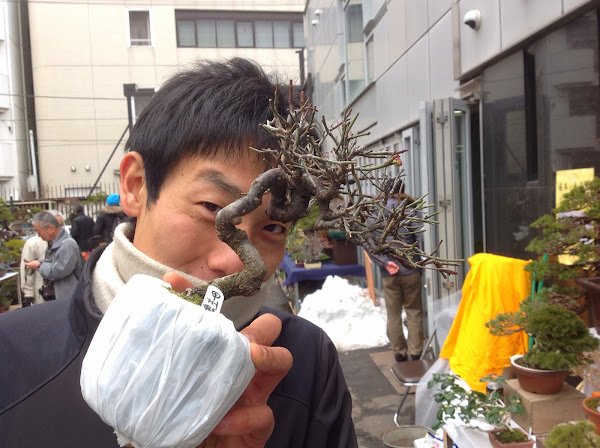 This is a little beauty of a prunus I dug out of a box full of them.

The one thing that is different on our stand this year are stones. With the suiseki show going. On at the same time...more pics later...Akiyama, a suiseki association board member, has a few suiseki for sale, I also bought a couple too. 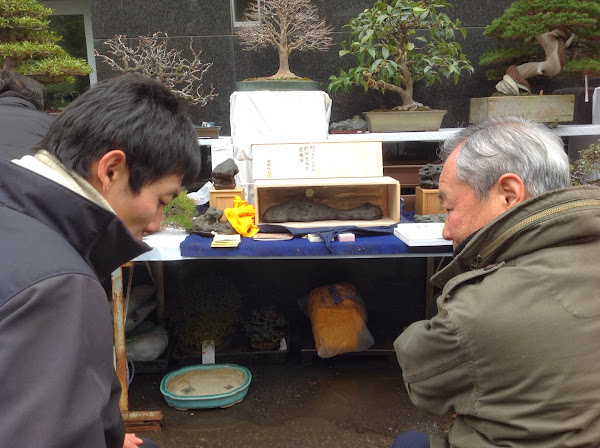 Here he is trying to convince a client that he should display in next years show. The suiseki show has been a roaring success with over three thousand visitors so far. The displays are of the highest quality and some famous stones are making an appearance. For stone lovers it is a once in a lifetime chance to see them all together in one room. I will put some pictures up tomorrow...but for now. I have to get writing my book.