All done and dusted...

This year has been termed the kokufu from hell. It started with bad weather, was affected by bad weather and ended with it. On the day of the changeover, also the set up for the suiseki show, it was the heaviest snow fall for 45 years. A few days later, after the suiseki show had been pulled down, it snowed over night breaking that record. I joked to the huddled masses, frozen and wet through at 3 am after our third round of brushing snow off the trees, that the gods must have something against rock gazers.

Despite this, we managed to do it without breaking anything, which bearing in mind the idiocy of some of the younger apprentices is an impressive feat. I hate to be a bully but I told him I would put it on the internet to make him consider his absolute inability to do anything properly but mess up...here is Jin's attempt at creating a display. 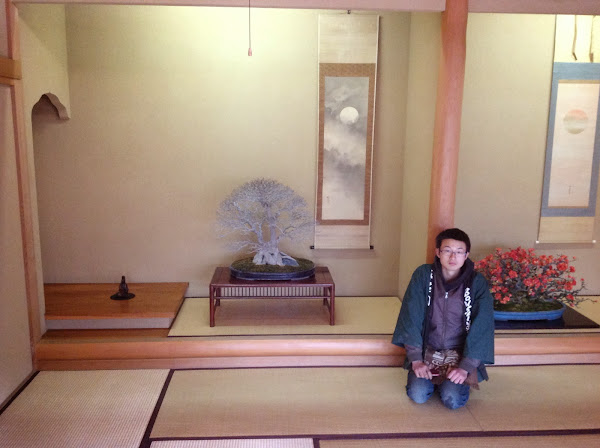 He looks suitably embarrassed which he should do as I had to shout at him for the obligatory minute and a half telling him he is worthless and should think about his future, before then spending three minutes explaining what to do and why. This is the role of the senior apprentices, beat them down and then build them up again. It is a strange culture, but it works and does sort the wheat from the chaff. Only after serving the full time and then coming back do you appreciate the merits of the system. When you are on the recieving end then the only merits seem to be that the agressor looks like he is enjoying it. I have some fond and some not so fond memories of kokufu time with regards to my senpai, especially the late Kawakami-san whose visits I anticipated with fear and the prospect of learning some valuable nugget of information that he drip fed if he thought you were worth it. The best/worse day came in my second year when I spent the whole morning outside carefully cleaning a satsuki trunk with the water pistol and a tooth brush. When I asked him if it was ok (for he was the king of satsukis), he looked over my work with a grunt. Broken hearted I continued with a black cloud over my head for the rest of the day. It wasn't until dinner when he announced (after a fair few shandies) that everyone sat around should be ashamed because I had done the best work that day. He said "I'm not being rude, but a foreigner, is putting more effort in than you lot...a foreigner". He then poured me a shandy and said, "I wouldn't have sat out there all day freezing my ass off. You must be mental". It is difficult to describe the elation you feel when the hand that beats you then strokes you on the head. Anyway, I digress...I have many Kawakami-san stories that I could share, but that is for another time.

(Edit) In response to a comment below, this is how best to make use of the three items used in that tokonoma. Even this display is poor, with an autumnal moon displayed in february and the accent figure too small and relatively unrelated to the scene, still it is better than before. 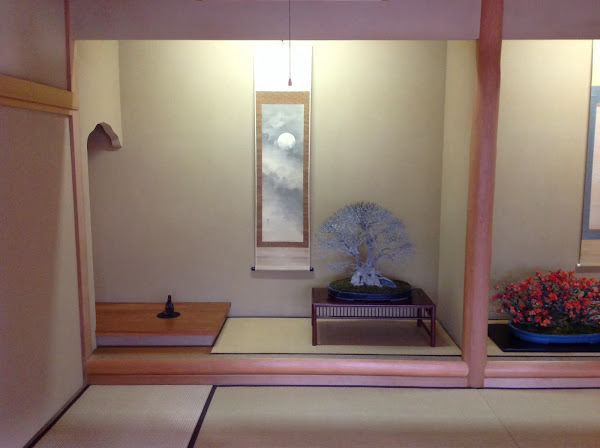 If you think I was being nasty or bullying then you have to understand that a massive part of the senior apprentices' responsibility is the education of the younger apprentices. If they make mistakes, the responsibility lies with management. The education comes in many forms and at times, being hard on them is one of them, especially as I had told them the day before that the displays they set up were appaling and needed to be fixed. I told them how and why but they didn't do it. These are people who want to become professionals and should be looking to uphold a certain standard of excellence, striving to excel by themslves rather than simply following orders, or in this case not even doing that. When this is not done, the hammer falls. This is how it has been done since time eternal, this is how it was done to me and this is what I must do. If they don't like it, they can quit. If they want to work at the top of their profession, then you suck it up.

So in between exhibitions, parties, snow and all the carry on, we did some business. It is the time of year to do so and we had some big European, American and of course Chinese customers to look after. We had a (what is the collective noun? Herd? Swarm? Phalanx?, I jest of course) of Chinese to look after who were actually not bad at all. The biggest pot dealer (as in ceramic not...) in China and also one of the biggest collectors plus about ten others and a couple of translators were ferried around, fed and entertained by us. A mammoth task and it caused a few problems, but generally it went smoothly until the return trip. 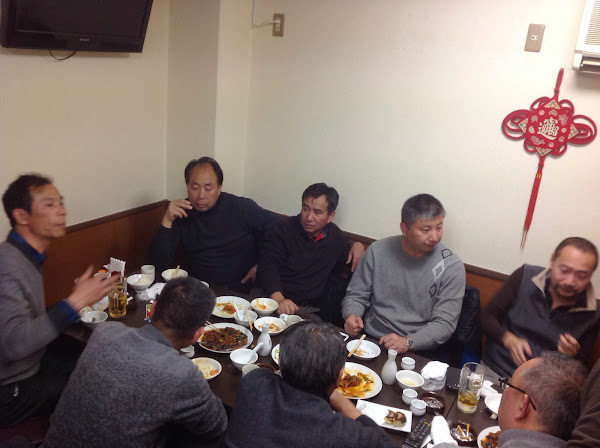 Shin-san is on the bottom left. His eye is so sharp and well trained he can read the label on your underpants from 50 yards and tell when it was made, if they are fake and if there is any repaired damage. He is also a pretty funny guy. Thankfully this year i didnt have to dance for him.

The snow disrupted things the night before they all left and there was some concern as to if they could be taken to the airport. Two vans left, one, the beat up old Shunkaen van (10 years old but looks like a war relic) was carrying half a hundred weight of luggage back for them. It broke down about 15 miles from the airport. A few panic phone calls and The Chief borrowed a large trunk from a local flower nursery. Now, the Chief driving an automatic car is scary enough, but a manual 5 ton truck...that is downright lethal. Thankfully disaster was averted and the luggage was transfered and they made their flight. Afterwards we felt a massive weight lift from our shoulders and I told the Chief, " If something like that didn't happen, I would be surprised".

With the Chinese finally gone, the snow melting and nothing left to do but catch our breath, the last few days have been peaceful except for a mountain of packaging pots up and the discovery of these rather strange things. I'm still not sure how to take them. Is the pictured pig happy that somebody is wearing him? 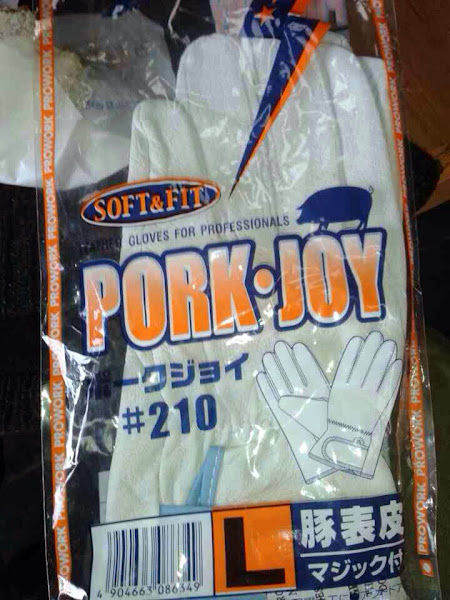 Either way, Balecchi and I had a good giggle at the possible joyous pork related ways they could be used.

Im on my way home now, left to count the damage physically and financially (I bought some weird pots) and think about what to do next. (Stop wasting timblogging and Get the book finished!).

For those of you that made it through the pig nonsense. Here is some bonsai porn...enjoy. 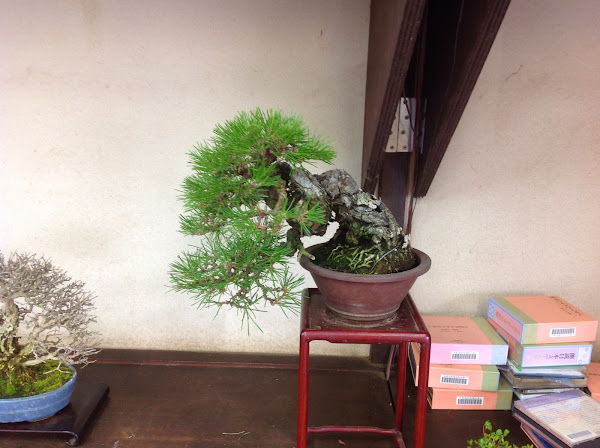 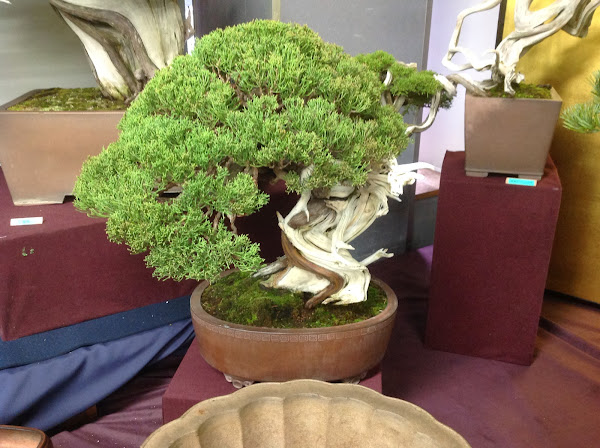 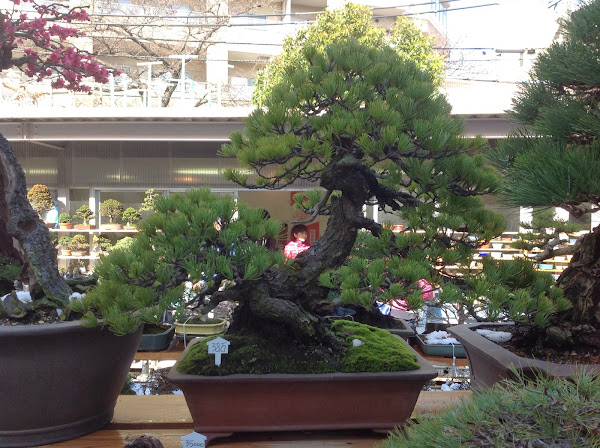 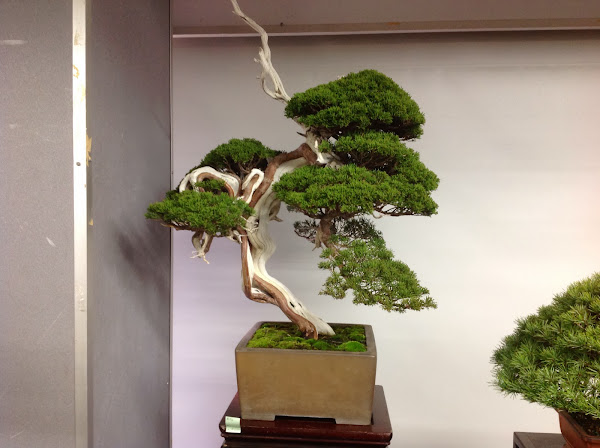 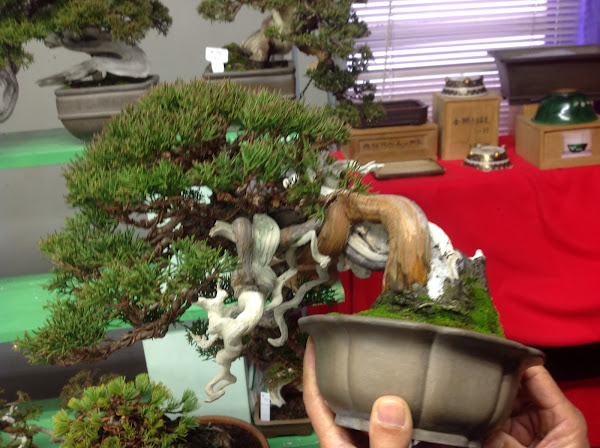 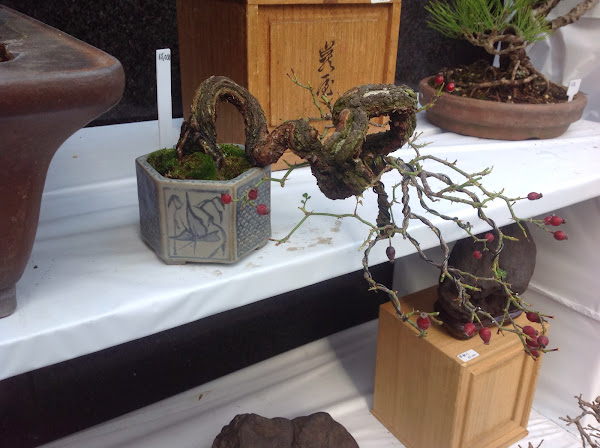 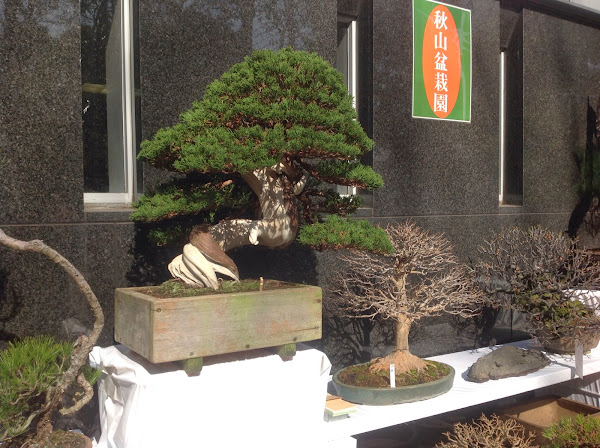 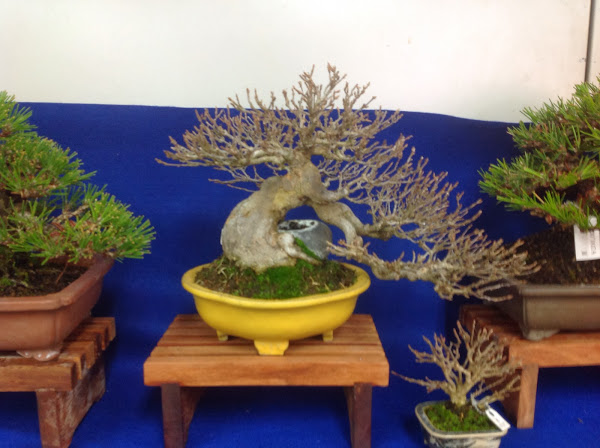 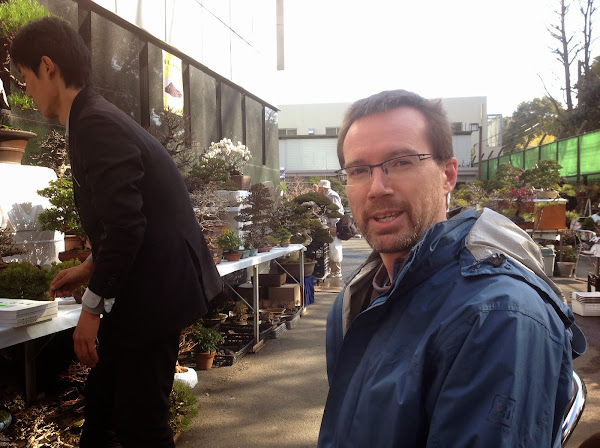 One for the ladies...

I also have a stash of pot and stone pictures for the fetishist...more when they turn up. I have stopped saying tomorrow because it puts pressure on me to do it. The book is all but finished as far as I am concerned. The final push was today and I'm spent...